One of the things I’ve learned in my life is that perseverance is key. Whether it’s pushing ahead a career or committing to a relationship or raising kids or pursuing our walk with the Lord, anything worth doing is also worth doing well. And all of the above take a great deal of perseverance.

It’s easier, of course, to react rather than become proactive. To allow things to simply happen, the chips to fall where they may. But being proactive (which sounds kinda passive) is also the key to perseverance.

“Let us not become weary in doing good…” Galatians 6:9 tells us. “…for at the proper time we will reap a harvest if we do not give up.”

In this case, Paul urges us to not become weary. I love how it’s translated in the Amplified version: do not grow weary or become discouraged. That sounds like weariness is a process that can be recognised, staved off, and recovered from.

I’ve found returning to my writing after a twenty year hiatus to be a study in perseverance. Unlike many writers who write and write and write through all stages of their lives, I stopped completely. The tasks I had before me—marriage, three kids, moving to New Zealand, church-planting—seemed quite enough, thank you very much. Perhaps are some (many?) who would’ve been able to add a writing career to the mix, but I found my perseverance stretched so tightly in all these areas that I was not up to the challenge of writing as well.

Now I’ve jumped back in. And for some reason, I thought it was going to be a lot easier than it’s turned out to be. I entered two manuscripts in the 2015 Genesis contest, fully confident that they were both amazing, primo, wunderbar…pick a superlative in any language and I thought they were it. I was shattered with scores in the low 60’s and comments like, “I believe this was entered in the wrong genre” and “you have way too much back story here.” I wanted to delete my hard drive and pretend like I hadn’t secretly already planned my Oprah book club selection speech.

And then the bane of every writer’s existence, the dreaded writer’s block, hit with a vengeance. Every single thing I wrote was flat and boring and full of –ly words and so uninspired I decided I’d rather take a job painting road markings than continue writing. Not that there’s anything wrong with painting road markings. In fact, there’s this really cool Segway-like painting contraption they use here that looks really cool to operate. But I digress.

I grew weary. I grew discouraged. I stopped persevering.

I forgot that writing (and again, anything worth doing) is like planting trees, not growing radishes.

So I took some steps to refresh myself, enjoyed getting outside as much as possible (we had a brilliant summer/autumn this year in Rotorua!), and wrote even though I didn’t feel like it. I also spent a lot of time praying:

God, I believe the stories You’ve given me, the ideas You’ve planted in my head, and the talents You’ve sown into me are good things. And I believe they’re going to yield a good crop. Help, help, help me to not give up! Help me to keep going!

I kept chugging away like the Little Engine That Could. And the joy came back, the words began to flow, the confidence that what I was writing mattered returned.

So where are you today? Are you a multi-award winning author with a heap of books under your literary belt? In the middle of some serious line-edits with a gazillion post-it notes stuck throughout your manuscript? Perhaps you’re planning a promotional tour. Have you signed your first contract? Or perhaps you’re like me…at the very beginning of the process, tucking tiny seedlings into fertile soil.

Wherever you’re at don’t give up. Don’t grow weary. Don’t grow discouraged. You are doing a good work! You will reap a harvest of righteousness! 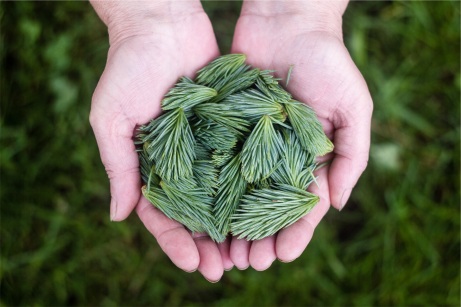 Look to the Author and Finisher of our faith to help you persevere.

Follow For Such a Time as This on WordPress.com

What I write about